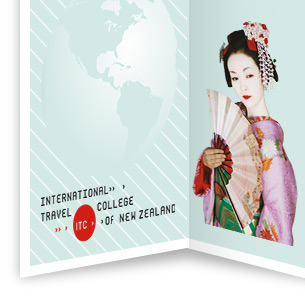 ITC Spreads Christmas Cheer to Those in Need

International Travel College has been helping Auckland City Mission to provide gifts and food for families in need this festive season.

The Auckland City Mission relies on the generosity of the public to be able to continue to provide its increasingly stretched services to the Aucklanders who need them most.

The team at ITC worked closely with the Mission this year by creating three themed weeks for its students to get involved in: the themed donations focused on cans, sweets and biscuits, and noodles. ITC donated additional items that the Mission could use as gifts for Christmas.

Last year barely half the queue outside the Auckland City Mission was able to receive gifts for their families and, sadly, some were turned away.

This year ITC did its part to provide gifts for more families by creating an appeal and spreading the word through social media.

“Our mindset was that every little bit counts,” says ITC’s Melissa Verwijmeren. “We had an incredible response from a number of companies that meant we were able to provide an abundance of useful items.”

Companies such as Ezibuy, Creo Gyms and many Twitter users followed ITC’s Facebook invitation and the college was able to deliver numerous gifts and food parcels in weeks leading up to Christmas.

“For a small idea to become such a huge success gave the team at ITC a huge feeling of gratitude,” says Melissa. “Not to mention the warm fuzzy feeling of helping so many people in need this Christmas season!

“Many of us are going home to our friends and family and just having a simple appreciation of how lucky we all are.”

“ITC is proud to support the Auckland City Mission in its care of families in need, and it’s been a great way for us to start the festive season,” says Melissa.